The two charts below – taken from our June 2020 G7 and Western Europe Consensus Forecasts report – endeavour to show how quickly selected economies are forecast to restore output to pre-pandemic levels. Q4 2019 has been set as the base level (Q4 2019 = 100.0) and the estimated levels thereafter derived from the quarterly actual and consensus estimates obtained in this month’s survey. These forecasts are based on year-on-year projections (for the US these are calculated using formula from the quarter-on-quarter annualised consensus forecasts). To ensure consistency, seasonally adjusted GDP data has been used. At the bottom of the page, the two inflation charts show the quarterly development of prices between Q1 2019 and Q4 2021, on a year-on-year % change basis. 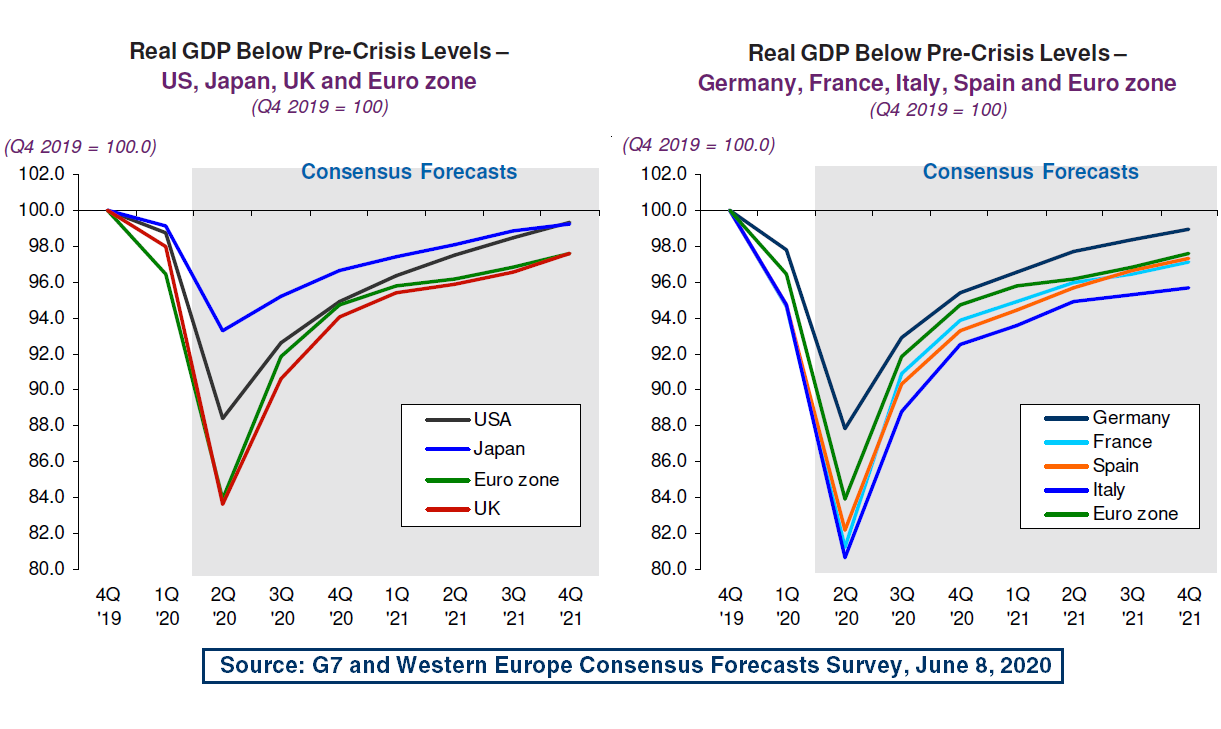 A sudden pause across the global economy to contain the spread of the coronavirus has prompted an unparallelled sequence of downward revisions to near-term quarterly GDP forecasts. The negative shock is unlikely to be rapidly eradicated (see charts above), with business operations needing to adapt to a “new normal” as authorities gradually roll back lockdown restrictions. Even Japan’s lesser output loss in Q2 2020 will not prevent real GDP from languishing below pre-crisis levels through to the end of 2021, as it struggles to get out of first gear. The downward jolt in Q2 could be particularly severe in the UK and Euro area. Germany is emerging from the peak of the pandemic in a healthier position than France and Italy, yet remains highly reliant on its trade partners to help rejuvenate the key auto sector. The US faces challenges to revive output after mass job shedding. Still, unprecedented fiscal and monetary stimulus have supported firms and hopes of a swifter rebound. Similar measures in the UK have been critical for cash-strapped firms, but future output remains highly uncertain, especially with Brexit fears at the end of this year on the radar. Elsewhere, the collapse in aggregate demand has seen inflation outturns move lower (charts below). Oil production cuts have largely corrected oil price losses in recent weeks, and may contribute to price rises in 2021. 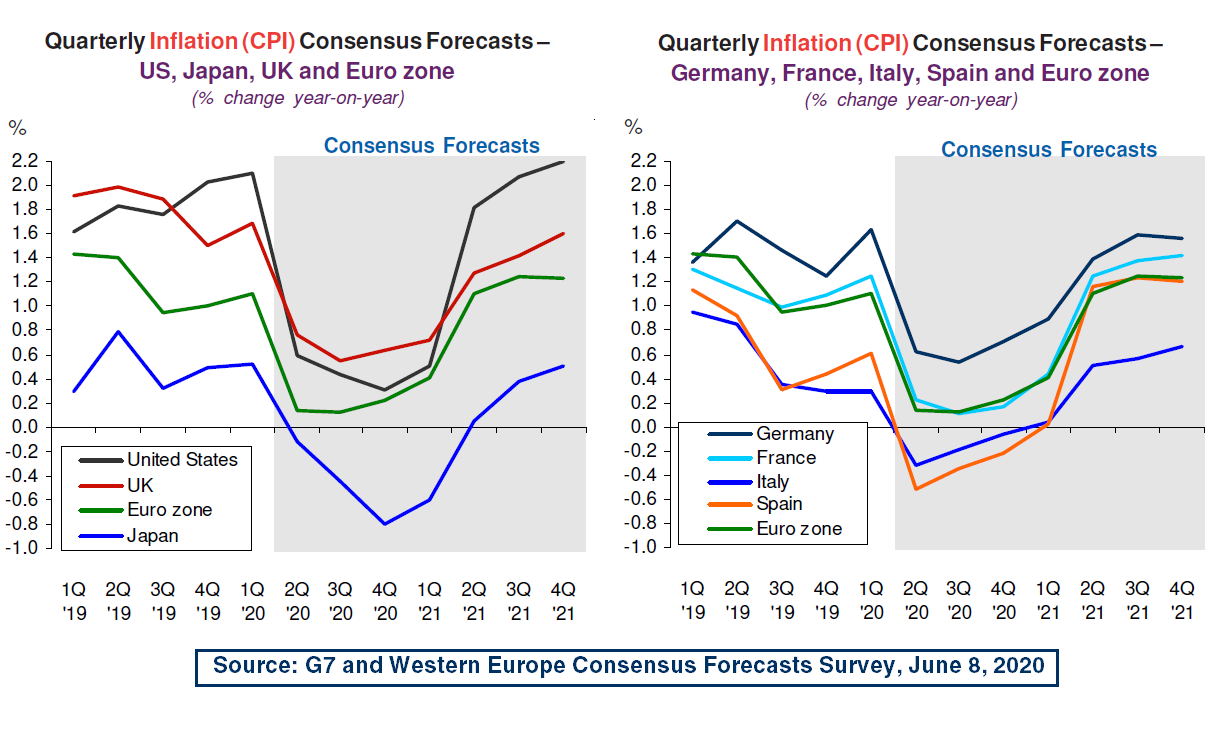