Published monthly, Consensus Forecasts™ offers a comprehensive outlook for the French economy, covering 11 macroeconomic variables over a 2 year forecast horizon. Forecasts are provided by leading economists whose individual views are shown together with the average, or consensus, forecast. Our analysis includes 4 years of historical data for these same variables as well as written analysis and charts. Furthermore, the publication provides Consensus Forecasts™ for the Euro against the US dollar in 3, 12 and 24 months time.
Download SamplesOrder

Variables covered in our monthly analysis of France include: 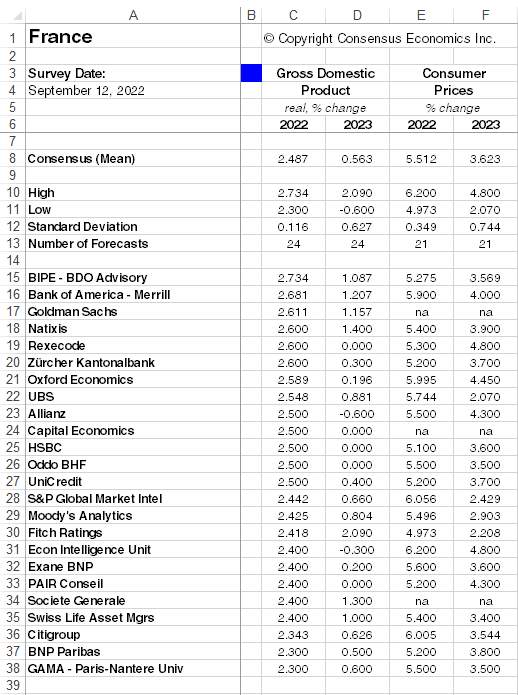 In addition to the regular surveys for the variables listed above we also undertake a number of Special Surveys for France on topics such as: